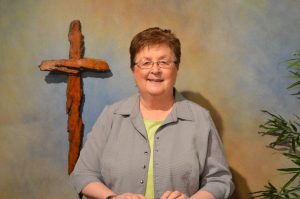 Barb was born and raised in Dell Rapids, SD. She attended NSU in Aberdeen. There she met and married Daryl and they raised four children. The family began attending First Baptist in Aberdeen where Harold Salem was Pastor. Barb began singing in the choir there and later began singing solos. She worked at K-Mart from 1974 to 1999, and then worked at the public library. Since her retirement, she has volunteered at Aberdeen Christian School as a school board member and served school lunches. She also sings with a women's group from the local Senior Center and with Christian Worship Hour. She enjoys reading, Sudoku, Minnesota Twins Baseball, and gardening.